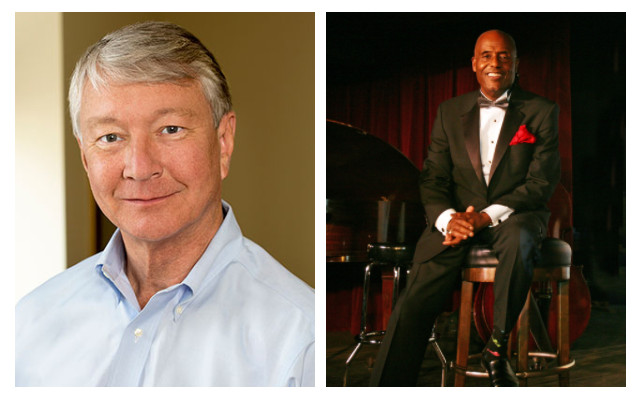 This event will be hosted in-person at Book Passage’s Ferry Building location.

At the core of A Child’s Christmas in San Francisco are seven poems, composed, author John Briscoe tells us, by generations of San Francisco school children. Over the week before Christmas these children paired iconic San Francisco food and drink with the days of the week. Each day got a poem featuring a particular food or beverage. In this way, Briscoe observes, the young poets showed “a precocious affection for the culinary tradition and abiding spirits of Christmas in their City of St. Francis.”

These then are the best productions of San Francisco’s youthful versifiers. They are sly and surprisingly sophisticated comic verses that bring to life a forgotten San Francisco, one spiced with wicked innocence and fueled by the city’s unique culinary offerings.

John Briscoe is a San Francisco poet, author, and lawyer. His poetry has been praised by Kirkus Review, Columbia, and other reviews. His book Crush: The Triumph of California Wine took the Oscar Lewis Award in Western History for 2020, 1st prize in the Top Shelf Book Awards, and his Tadich Grill: The Story of San Francisco’s Oldest Restaurant, is a critically praised history of the Tadich, but also of all of SF’s remarkable culinary history.

Noah Griffin has sung professionally since the age of seven. As a soloist for the San Francisco Boy’s Chorus, he performed in La Boheme, Turandot, Carmen and Bor Gudenov, He also appeared with Leontyne Price, Paul Robeson, Nat “King” Cole, Johnny Ray, Eddie Fisher and the Shirelles He has sung with Eugene Ormandy and the Philadelphia Philharmonic, the Fisk Jubilee Singers, the Nashville Symphony, the Harvard University Choir and soloed with Duke Ellington. He has performed in Boston, New  He has performed in Boston, New  York  and Los Angeles, and is the Founder and Artistic Director of the Cole Porter Society.