*** Breaking News ***
POSTPONED!
Please note that the following two events have been postponed
due to the COVID surge. 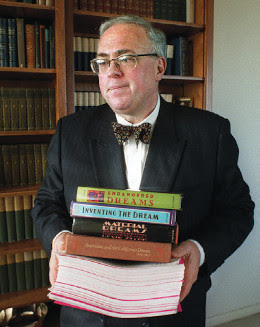 This year’s presenter is Professor Charles B. Faulhaber, longtime Director of the Bancroft Library, University of California, Berkeley (1995-2011) and, after ten years in retirement, now its Interim  Director.

The title of Professor Faulhaber’s presentation is “Three California Historians: Bancroft, Holliday, Starr.” The presentation will focus as much on the institutional achievements of these historians as their scholarship.

CALIFORNIA’S WAR OF EXTERMINATION AGAINST AMERICAN INDIANS: LEGISLATION AND LITIGATION

Date To Be Announced

Please join us for an important program on California’s complicated but little-known history with respect to the local Native American population from the mid-1850s through the present day. A panel of experts will discuss this history through the lens of legislation and litigation, and will discuss how the harms of the past continue to affect Native populations in California today. 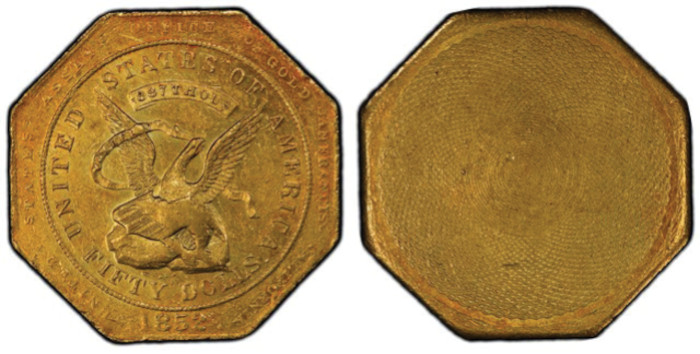 In 2019, the San Francisco Historical Society relocated its headquarters to 608 Commercial Street. This property was the original site of the United States Assay Office starting in early 1852 and housed the first San Francisco Mint from 1854 to 1874. In its role as Assay Office and Branch Mint, 608 Commercial Street saw an astonishing quantity of gold and silver struck into coins. Today, some of these coins are among the most valuable numismatic objects in the world. Join David McCarthy for a talk about these coins and their stories.

David McCarthy is senior numismatist at Kagin’s Inc. and one of the world’s foremost experts on coinage of the U.S. gold rushes. His research won him the American Numismatic Association’s Numismatist of the Year Award in 2018. He has worked as a consultant with the U.S. Secret Service, as well as numerous banks, museums and other institutions. He has also been interviewed or profiled by NPR, the Associated Press, Fox News; and he has appeared as an expert on the History and National Geographic Channels.

The Buried Ships in San Francisco 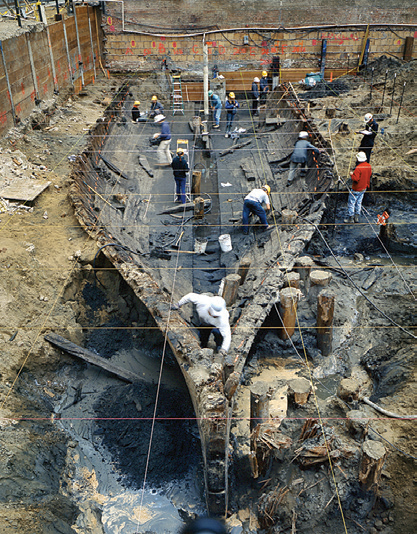 For decades, San Francisco was the biggest, bawdiest, and roughest port in the entire West. When the Gold Rush began, almost a thousand ships from all over the world came to San Francisco. Many of them burned in the infamous 1851 fire, leaving their hulls and cargoes to be buried by the sand hills of the early city. Richard will tell the story of the past 40 years of these ships being unearthed. He will share images and rare photos and tell stories about these ships and their cargoes. Copies of a new historical map of Yerba Buena Cove will be available for purchase. 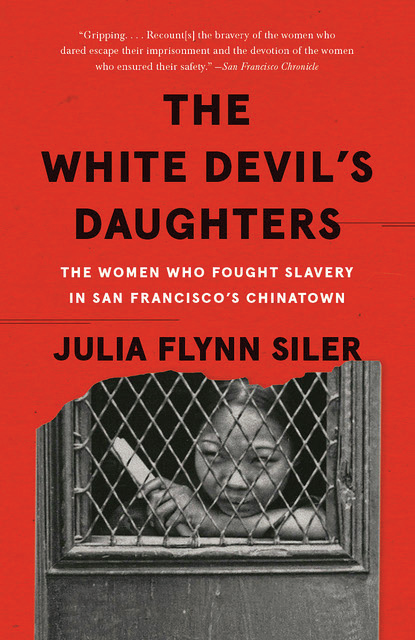 Join authors Julia Flynn Siler and Jasmin Darznik as they discuss how they’ve pushed past silences and stereotypes to render a more vivid portrait of Chinese American women in San Francisco. What are the possibilities and limits of nonfiction to recover lost and hidden stories? How can fiction meaningfully contribute to our understanding of history? The conversation between Siler and Darznik raises intriguing questions about history and the imagination, as well as our efforts to make sense of the past through storytelling.

Jasmin Darznik is the bestselling author of The Bohemians, set in San Francisco. Her debut was a New York Times Book Review “Editors’ Choice” book and a Los Angeles Times bestseller. Darznik is also the author of The Good Daughter: A Memoir of My Mother’s Hidden Life. Her books have been published in 17 countries, and her essays have appeared in the New York Times, Washington Post, and Los Angeles Times.

Julia Flynn Siler’s latest book, The White Devil’s Daughters, was a New York Times Book Review “Editors’ Choice” and a finalist for a California Book Award. She is also the author of Lost Kingdom: Hawaii’s Last Queen, the Sugar Kings, and America’s First Imperial Adventure; and The House of Mondavi.

Our three revamped Barbary Coast Trail Walking Tours begin at the SFHS Museum, 608 Commercial Street. These walks explore “ground zero” of early San Francisco. Each tour is scheduled one time per month, October through December. Barbary Coast Trail tours are free for members, $20 for non-members (under 13 is free), but you must register in advance. Limited to 15 people or less. Rain cancels.

Non-members please PURCHASE your tickets for any tour: CLICK HERE!

Tours of ‘Old Town’ SF
Not up for an in-person event yet? Give our self-guided walking tours a try. These walks also begin at 608 Commercial Street. You can download them for free on the App Store or Google Play. Search for “City Explorer San Francisco” and look for the walks with the SFHS logo. Or, scan the QR code with your smartphone or tablet.

Walking Tours of Golden Gate Park!
Walking tours of Golden Gate Park led by San Francisco high school students, the winners of the 2020 Fracchia Prize, are now available as mobile apps. Download the walks for free and start exploring “Everyone’s Park,” with freshly minted historians as your guide. Choose from: 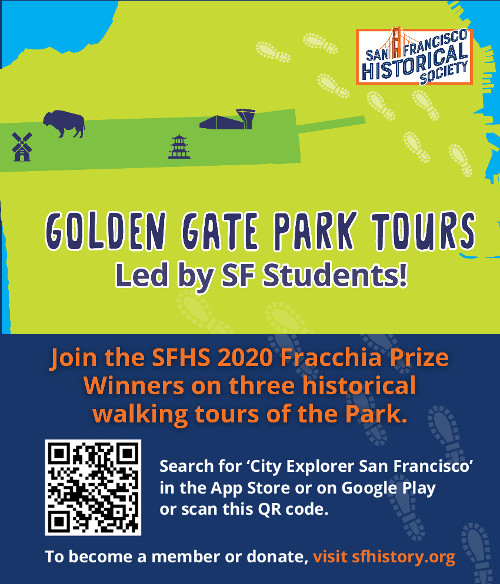 *  Special thanks to SFHS Volunteer Gloria Lenhart for creating our mobile history apps. *